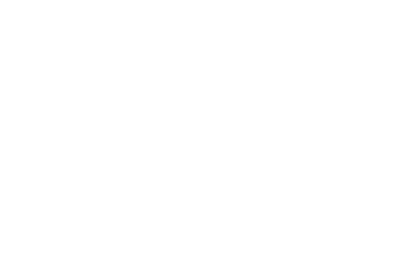 all wedding days are a joy, however elopements just have that extra special touch of amplifying all ‘the feels’ and this one was no exception. during the past year we have documented so many incredible days of love, but there have been some that just stole the show for us, with tia + terry’s day being one of them!

these two had original plans to elope in new zealand during a romantic getaway, but 2020 had other plans, as it did for many. so despite their changes one thing remained strong & that was their love & absolute resolve to stick to the plan to soak up every moment in the best way possible for the two of them. so over a few coffees & lots of excitement we chatted, planned & got even more excited about how this magical day was going to unfold!

any wedding that has como the treasury as a part of it, is always going to be good, actually not just good, let’s say amazing! with holidays from work already booked in, it gave tia + terry time to soak up every opportunity, so three nights at como was going to give them more than just a wedding ‘day’. where possible those extra nights somewhere special around your day are the extra you most definitely won’t regret having. the night before allows you that time to settle in & set the scene for the day to come, the wedding night when celebrated with others always goes too quick, so a slow day thereafter & another night for just the two of you, is perfect. and well, if you have longer, then that’s incredible & for these two, their honeymoon extended on to yallingup. but back to that amazing day first…

there’s something so calming & unified for the couple being together from the beginning of the day & getting ready with each other. however after terry was dressed we sent him downstairs to the wine merchant for a nice strong whiskey to settle the nerves ahead of their first look! (just because you are eloping it doesn’t mean your heart isn’t beating like crazy still!) then with tia dressed it was time for the surprise unveil of their first look within the building. these moments still have all that excitement you feel when you walk down an aisle on a bigger wedding day, it just gives you that chance to be with each other, see each other, talk, express & be in the moment! and for these two the smiles didn’t just start there, they were there ALL day, contagious amazing smiles!

hand in hand down wellington street, the office workers, the wind, the hum of the city & these two, walking together to the registry office to say their vows. I roped adam levi browne photographer to tag along for his penmanship, so with us as their witnesses & some skyscraper city views, it all became official!

and what I really adored about their day was the time to just be afterwards, they floated on cloud nine while we wandered, we soaked up the magic, time wasn’t even a consideration, only moments. after all of this I felt it was time for me to not be a third wheel & let these lovers have some privacy, so I left them to kick off their shoes & drink champagne while I went downstairs to hang out with their beautiful families who had just arrived for pre drinks at the wine bar & who they would be joining soon for an intimate dinner at ‘post’.

the family dinner became a special part of their elopement planning. being close to their loved ones & having a western australian elopement now, meant including them but still leaving the majority of the day for just the two of them. it was the perfect balance & the most beautiful evening after the most amazing day.

you really can tick all the boxes. so be inspired by tia & terry’s registry office & como the treasury elopement story, it is a reminder to always ‘do you’ a motto I ask all of our couples to remember. because it is about two people in love & whether you choose the big celebration or the intimate vows, it is your perfect day if you do it your way.

SHARE
next post
steph & mike | northern beaches sydney wedding
it was back to damien’s roots last summer, on the northern beaches of sydney where he grew up, for us to capture one of his [...]